A Frequency of Love or Fear

Conspiracy Truth is dedicated to the notion; we are all brought forward when we uncover what is really going on and take Action to correct the corruption and manipulation by the few against the many. My goal is to search for Truth and empower the People to rise up and assert their God given Rights for Freedom, Sovereignty and Individualism through Civil disobedience and refusing to participate in a System that is based on the Perpetual War Doctrine and a Scientific Technological Totalitarian Dictatorship. 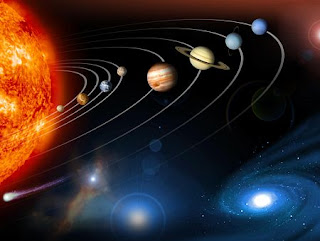 A Frequency of Love or Fear

By Robert B. Reckmeyer

We live within a GIANT electromagnetic, hyper dimensional, quantum virtual reality matrix that literally responds to our emotional body and plays back to us that which we are. We choose either a Positive Polarization or a Negative Polarization.

Many years ago, (1982) before I was sent to Federal Prison, (1985) for Marijuana Smuggling, I wrote my parents and siblings and shared with them a truth that had been revealed to me. It was a bit simplistic, at the time, and yet I understood something that is well worth sharing, again.

We live within an electric universe that is fully connected from the micro to the macro. Think of it like an electric grid that each component is (wired) (electro magnetic streams) together, from the galactic center (black hole) to each sun (star), planet, moon, celestial object and right down to each creature, man, woman, child, animal, fish, even to the smallest microbe.

The suns, planets, moons, celestial objects, creatures, men, women, children and animals act as relays and capacitors, holding a charge and fully (wired) (electro magnetic streams) to each other as “One”. All is fully connected and is one giant system functioning as an inter-connected whole. Think of it like a gigantic galactic inter-net electrical grid. Hue-mans are a biological computer interfacing with the galactic grid and either connected or disconnected within the galactic inter-net.

This planetary system is both aligned and polarized negatively or positively depending on hue-man-ities collective choice. Think of it this way; our planet earth is a Giant crystal superconductor that resonates a certain frequency within the frequency vibratory spectrum.

Now let’s take it a step further and explain something critical to our collective understanding. If we are stuck within the lower bandwidth of the light spectrum, as a result of our tuning the planet to our collective negative resonance, then we are shut down from our clear connection to the grid. We are literally shut off from the galactic inter-net and therefore unable to communicate, travel, see and inter-act with intelligent life from the higher frequencies of the light spectrum. Our ability to access wider bandwidth is minimized and we are held to a very restricted upload/download capacity.

The Grand Architect of the Multi-Verse is love and light fully articulated and expressed throughout His Creation. He has designed this galactic electromagnetic hyper dimensional quantum virtual reality matrix so we too can articulate and express our creative energy utilizing our free will and unique perspective.

When this system was created it was energized through the frequency of love. Each piece of the collective whole is balanced through experiencing both the negative polarization and the positive polarization, the Hot and the Cold, the Ying and the Yang, Male and Female, Love and Fear, Separation and Unification.

When planet earth is humming (singing) the frequency of love it resonates as it was designed. It is a partnership between God, man and earth. We are literal tuning forks that tune the planet to our collective vibration, our collective resonance. When we took on a vibration of fear, the earth fell from its proper working order and our system became a broken fear based planet not working as it was designed. It was designed to operate on the love vibrational frequency not on a fear based vibrational frequency.

To illustrate think about this; when we resonate love and compassion and act collectively as tuning forks, uploading our collective frequency to the earth grid then the earth takes 360 days in its cycle around the sun. It does not have sore spots on itself, cold spots, the polar ice caps, hot spots, barren deserts. It has a temperate climate with a fine mist watering the abundant life found on this watery (liquid crystal super conductor) Blue Water Liquid Crystal Super Conductor Gem.

Now ponder this; when man fell into debauchery (manipulated by Trans dimensional intelligences) and allowed fear to enter his experience he collectively tuned the planet to the fear vibrational frequency and the earth fell from its proper working order. It fell into a very low, slow and long frequency that slowed its orbit, around the Sun, and added 5 ¼ days to its yearly cycle. It has been broken ever since and won’t be fixed until we, collectively heal ourselves and upload the frequency of Love, energizing our planet earth with and restoring it to its proper working order, as it was designed to operate by the Grand Architect, the Grand Designer.

Love is the fuel that energizes this planetary system and meets its design specifications written by the Grand Architect. It was designed to operate as a system, interfacing between God, Hue-Mans (tuning forks) and Earth, utilizing Love as the energetic fuel to power this Planetary System. If we resonate fear it will stay broken. If we collectively resonate Love we will restore this system to its proper working order and our yearly cycle will take 360 days in its orbit around our Sun. The sore spots on our planet will be healed and the earth will grow abundant harvests, three, four and five times what we see now, as spoken by the Prophets.

Fear literally brings death and keeps us disconnected from our connection to infinity. It keeps our planetary system in the dark, unconnected to the galactic inter-net and cut off from the higher bandwidth of the light spectrum. In short it keeps us from realizing our true potential as the Grand Architect Designed for each one of us individually and collectively, as a race (intelligent life in the universe) and as Individualized (perspective) Consciousness.

It is our free will choice to pick our polarity and help or hinder our connection to infinity. May I ask each and every person reading this to pause for several minutes and choose now who you will serve, love and light or fear and darkness?, clear connection or disconnection?, helping or hurting?

This is the greatest opportunity for each one of us to really make a difference in the world, (universe and multiverse) and is cosmic in nature and involves galactic proportions. I can assure you we are on the front line of a cosmic battle that involves many intelligent races, some aligned with the positive polarity, love and compassion and some aligned with the negative polarity, fear based, expressing power and control. Intelligent life in our Galaxy is here, observing our collective decision and praying this planet is realigned with the Positive Polarity, love and light.

There are those negatively aligned, Trans dimensional intelligences, who have manipulated (genetically) mankind for thousands of years, who are here, working overtime, to keep us cut off from our true potential and our reconnection to infinity. Make no doubt about it, we are on the front line of a very important Cosmic battle and it is our choice that will determine the outcome.

Thank God that Love and Light are far more powerful than fear and darkness.

Pray God; that we awaken from our individual and collective slumber and rise up to share the Love that is our true expression.

This video is part of a Conspiracy Truth Series with Robert Reckmeyer speaking to the reality of our age and the process to uncover the truth. A Truth Seeker is one who is willing to do the hard work of cleansing ones Inner Psyche so we might be filled with the vibrational frequency of Love and Compassion.