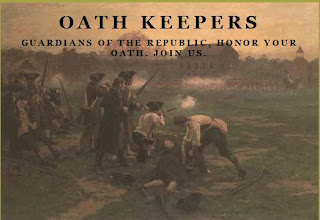 
Conspiracy Truth is dedicated to the notion; we are all brought forward when we uncover what is really going on and take Action to correct the corruption and manipulation by the few against the many. My goal is to search for Truth and empower the People to rise up and assert their God given Rights for Freedom, Sovereignty and Individualism through Civil disobedience and refusing to participate in a System that is based on the Perpetual War Doctrine and a Scientific Technological Totalitarian Dictatorship.

Posted by Robert Reckmeyer at 11:43 AM