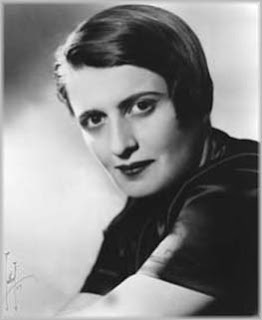 "COLLECTIVISM: Collectivism is defined as the theory and practice that makes some sort of group rather than the individual the fundamental unit of political, social, and economic concern. In theory, collectivists insist that the claims of groups, associations, or the state must normally supersede the claims of individuals." -- Stephen Grabill and Gregory M. A. Gronbacher

"collectivism ... treats society as if it were a super-organism existing over and above its individual members, and which takes the collective in some form (e.g., tribe, race, or state) to be the primary unit of reality and standard of value." -- Prof. Fred D. Miller HERE

"Collectivism means the subjugation of the individual to a group -- whether to a race, class or state does not matter. Collectivism holds that man must be chained to collective action and collective thought for the sake of what is called 'the common good'." -- Ayn Rand, HERE

"Individualism regards man -- every man -- as an independent, sovereign entity who possesses an inalienable right to his own life, a right derived from his nature as a rational being. Individualism holds that a civilized society, or any form of association, cooperation or peaceful co-existence among men, can be achieved only on the basis of the recognition of individual rights -- and that a group, as such, has no rights other than the individual rights of its members." -- Ayn Rand HERE

"Individual rights are the means of subordinating society to moral law." -- Ayn Rand

"Individual rights are not subject to a public vote; a majority has no right to vote away the rights of a minority; the political function of rights is precisely to protect minorities from oppression by majorities (and the smallest minority on earth is the individual)." -- Ayn Rand

My heart weeps for our lost heritage and those principals that were (are) the Best Hope, for the world and mankind. Our sacred United States Constitution, our Bill of Rights, our Declaration of Independence.

"The Declaration of Independence of the Thirteen Colonies

The unanimous Declaration of the thirteen united States of America,

When in the Course of human events, it becomes necessary for one people to dissolve the political bands which have connected them with another, and to assume among the powers of the earth, the separate and equal station to which the Laws of Nature and of Nature's God entitle them, a decent respect to the opinions of mankind requires that they should declare the causes which impel them to the separation.

We hold these truths to be self-evident, that all men are created equal, that they are endowed by their Creator with certain unalienable Rights that among these are Life, Liberty and the pursuit of Happiness. --That to secure these rights, Governments are instituted among Men, deriving their just powers from the consent of the governed, --That whenever any Form of Government becomes destructive of these ends, it is the Right of the People to alter or to abolish it, and to institute new Government, laying its foundation on such principles and organizing its powers in such form, as to them shall seem most likely to effect their Safety and Happiness. Prudence, indeed, will dictate that Governments long established should not be changed for light and transient causes; and accordingly all experience hath shown, that mankind are more disposed to suffer, while evils are sufferable, than to right themselves by abolishing the forms to which they are accustomed. But when a long train of abuses and usurpation's, pursuing invariably the same Object evinces a design to reduce them under absolute Despotism, it is their right, it is their duty, to throw off such Government, and to provide new Guards for their future security. —Such has been the patient sufferance of these Colonies; and such is now the necessity which constrains them to alter their former Systems of Government. The history of the present King of Great Britain [George III] is a history of repeated injuries and usurpation's, all having in direct object the establishment of an absolute Tyranny over these States. To prove this, let Facts be submitted to a candid world."

This document spells out a system based on Natural Law and incorporates it into an experiment in Governance that is dependant on free thinking Citizens upholding the values espoused. We the good citizens, protecting each letter, each word, so that mankind can pull himself up from Tyranny and Despotism that is the common, historical reality of this world, is our last best hope. Without this compact the system fails and man sinks into the great divide.

The Scientific, Technocratic, New World Order Dictatorship is a Collectivist Model that subverts and crushes Individual Rights for the Collective whole (hole). The Elite Oligarchic Controllers are Self Appointed and Rule by Dictate. The People are managed like cattle and so the world drifts into Darkness.

America the beautiful……. Once upon a time, a long long time ago there lived a people who dared to think the impossible, individual rights, personal sovereignty, freedom of speech and assembly, freedom of expression and most cherished of all, freedom to think for one’s self. That was a very long time ago……..

How did we get here?

The Greatest Depression, a catastrophic meltdown of the world financial system that is leading to a complete breakdown of the political and societal institutions that have been in place for at least the last century.

One must understand the Secret World Government (The Empire of Three Cities) that is the true power on this planet and their agenda to transform society into a world matrix that utilizes mind control technologies, the ultimate super weapon. The level of sophistication is hidden in plain sight, i.e. frequency brain wave manipulation through the HAARP (High Frequency Active Auroral Research Program), Chemtrail Spraying, Fluoride, and the crushing of the American Spirit through a transfer of it's wealth. It is imperative for humanity to understand what is taking place and the technology being utilized if one is to guard against the manipulation of one’s mind and their agenda to control this planet, it's resources and All it's people.

We must stand up now and embrace Natural Law as the basis for our Individual Sovereign Rights and recommit ourselves to the words written for all of us: "that all men are created equal, that they are endowed by their Creator with certain unalienable Rights, that among these are Life, Liberty and the pursuit of Happiness."

The Collectivist Model that confirms a Special Status, for an Elite few, and holds the Individual as subservient to the State, is on the face of it flawed and without merit. Who do these self righteous people think they are? The fact that they have control of the financial resources of the world and think they have a genetic superiority to the "average" human being is a false reality. Their self appointed control matrix is a system that is anathema to all 6.5 Billion people who now live on this planet. One percent of one percent (1% of 1%) of the people Do Not have any power over the people unless we freely give it to them, that my friends is the bottom line. Their power is conditional on our willing participation and without it they literally wither away.

So now the Last Act in our Hue-Man Drama is written. Do we want a happy ending (beginning) or do we want the Dark Side to hold sway over us? Curtain call is here. The Cast is waiting for the final revision.

Life is a Journey of the Soul.........may I suggest we rise up and fulfill our destiny so we realign this planet, and our hueman family, with Freedom, Liberty, and Individual Rights so All the world can enjoy the free gift of life.

May we find ourselves so we can fulfill our destiny as a Nation.

Posted by Robert Reckmeyer at 11:14 AM