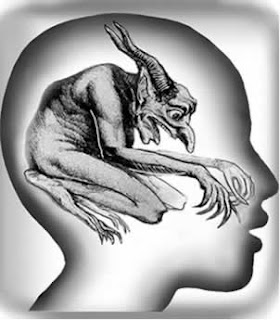 
Nobody likes to deal with Dark Conspiracy Theories and yet with Mind Control, we can be honest with ourselves and uncover the truth in our government, or we can choose to stay asleep and carry on as if our leaders are truthful. It becomes self evident, when one does their own research, that something very sinister is being executed in our name and without our informed consent. It is time to unmask the Dark Side conspiracy theories and sort through what is theory and what is fact.

Mind Control is a term that many do not really understand. After the Korean War when our servicemen were released from the prison camps and exhibited odd behavior, it was determined their brains had been washed [brainwashed] by the North Korean Military. This was an old technology yet utilized with a new level of sophistication. They had reached a level of mind control that motivated our military to fund, investigate and take the lead in Mind Control and Psychological manipulation of our human species.

The fact that our military was playing catch-up with the Soviets and their proxy, North Korea, as it pertained to manipulating the minds of men gave them a justification for their added push to be the leader in this technology. Like most things in this current [old] paradigm if we don’t control the game then it’s not worth playing (or so they falsely believe). The ultimate control is not physical or financial but rather to control the, emotional and psychological mind of our human family both on an individual and collective basis. This technology has its roots in the Catholic Church, Nazi Germany and in this present age, is developed to a degree that can only be termed frightening.

We have taken this technology to a level that heretofore would have been impossible without the hidden knowledge passed down from the Nazi Doctors who helped develop this technology. After we defeated Nazi Germany, in World War II, we instituted a policy under Project Paperclip, whereby we moved and assimilated the German scientific community into the United States, and put them to work for us. Many of the German military’s Nazi intelligence agents were recruited and joined our CIA. Scientists, who worked in the Nazi death camps, experimenting on Jews, were hired within our University system and within the military to do further research. They came from all the scientific disciplines, Rocket Science, Psychological and Biological warfare.

Study the Nazi philosophy of Eugenics, mind control, PSY-OPS, and their National Socialists form of Fascism and one will see that it has completely taken over our constitutional democracy infecting it on every level. This present reality could only be accomplished one day at a time and the key to moving it along was through an organized effort manipulating the society through psychological mind control technologies.

In many ways when the United States won the war we really only won the battle for Western Europe. The Soviets won Eastern Europe and the German Nazi movement metamorphosed, like the AIDS virus, and replanted itself into another [host] country. The Nazi political-military-intelligence apparatus slowly infected our political-intelligence-scientific-educational institutions and reestablished itself in our system. Those men and women who ascribed to the Nazi philosophy, in our political-military-intelligence-community, gained the upper hand and succeeded in transferring power to themselves, after they executed our young President in cold blood on the streets of Dallas, Texas.

When the plan was executed, by rogue elements within our governmental-political- military apparatus, at the highest levels, to pull off a coup d’état (often known simply as a coup), they knew it would only succeed if they sold it as a lone gunman-nut case.

They also knew how to use trauma based mind control technology in order to pull off that feat. This was done in such a way that most all the people were affected. It works on the educated and uneducated alike. None are beyond the mind manipulation if it is done correctly and this operation is a perfect case in point. When one dissects the Kennedy assassination, and understands it in PSY-OP terms, it was done brilliantly.

Recently we see the same psychological mind manipulation utilized during the 9/11 PSY-OP and most everyone, at the time, thought, of course, it is Osama Bin Laden and Al Qaeda. Only later, after the fact, did some say; wait a minute, and put their critical thinking skills to work. When one looks at the 9/11 operation, it is beyond reason to accept the government’s conspiracy theory and in truth all roads point to elements within our Political-Military-Intelligence apparatus. The fact that Al Qaeda and Osama Bi Laden are a construct of our intelligence apparatus is quite clear and if utilized in furtherance of our policy objectives then they are our asset. The people executing these mind control manipulations know full well how the population will react when one sets an operation like this in motion, they have done it enough times by now to have it down to a science.

Mind Control is a science and must be understood in those terms. May I suggest we look at the MK Ultra Program, Project Paperclip, (that brought the NAZI scientists over to the United States after the war), the HAARP project and last but not least the Chemtrail spraying of our atmosphere (world wide). Once we do our own research and realize how sophisticated this mind control program is, it is then we can unmask the deception and take action against those in power that are one step away from full power and control, through control of our minds. Mind Control is the final frontier on full spectrum control of the human species.

May I suggest, DYOR (do your own research)

[Editor's Note: May 31, 2006. Somewhere between May 18 and May 30, 2006, this mind control index page was surreptitiously erased from my web server and even from my hard drive. Apparently, someone doesn't want this topic ventilated before the public. I had to retrive an old copy of this Mind Control index page from a disc which I had saved in November 2005, therefore the more recent articles which I had posted on this page up to April 2006 will not appear in this version, but will be restored shortly after I've had a chance to retrive this page from a mirror site which was recently established in Europe. Thankfully, the synchronistic offer to set up the mirror site in early May from a very thoughtful person in Switzerland, came at just the right time. I will publish the url of the mirror site as soon as I find the e-mail sent to me by the person who set up the mirror site. .

For victims of electronic or psychic assault,

Educate-Yourself The Freedom of Knowledge, The Power of Thought ©

By Ken Adachi
Posted by Robert Reckmeyer at 9:08 AM

US Gov. Darpa Invisible Electronic Micro Retina Right Eye, Deceitfully Implanting USA Civilians, 40% Complete and rest of the world!
If you use a computer or cell phone you are probably Darpa Gov. Wifi implanted. This is not a joke. Lee563@ykcwb.com

No joke Howard Raymond (billionaire heroin addict 42 years) said and he used this on myself a Wifi J. Leno Comedy Club to implant and torture members for the Dem. Darpa AC Dept! If I would have taken their offer to sell porn from my monitor for a million with no cam of my own but Darpa’s invisible cam! This is very unbelievable and it still is to me but it is really true I am real. I am being threatened with death by Howard US Gov. Darpa Exe. Microwave termination for posting this Gov. Warfare Electronic Surveillance Mind Control Mind Control Darpa Invisible Implant Program. Howard said God’s USA is 40% wifi implant Complete! Howard is a non-native like his Exe. Obama!
Darpa (Defense Advanced Research Projects Agency, invisible Alien Tech.) alien microwave tech. For war or civilian mind control or torture and surveillance. Howard stated by wifi! Yea he talks to me with his Gov. Wifi Implant, want proof contact me! I reported this to the police and everyone else but Raymond is Bama immune! Anniheim CA police told me Raymond is Gov. Immune.

Howard Raymond 72310 Blue Ridge Ct. Palm Desert, CA. 92260 Howard said Darpa Agencies were responsible for the recent CA Elec. Reported implants “Voices in My Mind” CA citizens harassed last year! Raymond and US Gov. Darpa Exe. Are secretly invisibly implanting the USA! I’m being offered a million to stop telling the US Citizens they are being possessed and demonically invisibly implanted through our computer and cells. (My country, my Christian relatives fought and died for the US, but not for some non-natives demons to implant and control and torture the world!)

Just thought you would like to know what our country is doing for us taxpayers paying their salaries and military defending the US !

Unbelievable! Darpa (Defense Advanced Research Project Agency) Invisible Adv. Alien Tech. Invented The Internet.
Gay Billionaire Howard Sexless William Raymond (Son of Paul Raymond King Of Porn) mentally retarded using Obama's wifi weapons stated his or Thornton's Darpa Agency Palm Desert CA. like thousands of Obama Darpa Agents US and World Wide are installing Darpa Invisible Adv. Alien Tech. micro invisible programs (not a real micro chip) in your right eye retina from the net and from your computer or cell and believe it or not forms an invisible cell phone connection and an invisible cam that can view you at any angle, record, harass or wifi torture you.

Screwball Coward Howard Raymond needs to be deported with his terrorist take over Gov. Agencies.
Howard should be deported, institutionalized, needs an Exorcist, Detox, a Psychiatrist, a few 9mms.
Raymond hates everyone. Howard said he loves to WiFi micro torture citizens for Obama.
He said they have WiFi tortured victims 15 years or more and still going and no one cares or can stop them, Obama immune.
Stating you wouldn't believe how mad they get. For this I want to video and sell Howard with a girl he never has been with one, then electro torture him 10 years for all his innocent citizens! His father and agents WiFi torture and sell peoples sex at porn sites without their knowledge for 20 years.

I am microed and you probably are also, Obama's Darpa Gov. Agency Howard Raymond using Jay Leno Wifi Tower Service tells me 50% or more of US are microed with an invisible online program and can be silent.
They AT&T microed my whole city anyone with a computer and may use I phones. They sell, make and use bath salts. Howard says he works under Darpa Gov. Obama and Jay Leno Gov. Darpa Micro USA Citizens for electronic mind control of Darpa NWO. He wifi tortures my family for 4 years and millions with Jay Leno Palm Springs, Leno was arrested last year with wifi micros from computer I reported this everywhere.

Bluehost is definitely one of the best website hosting company for any hosting plans you might need.