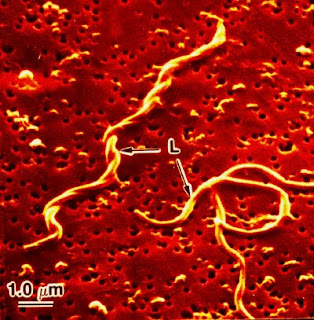 Lyme Disease: A National Health Crisis Now Sweeping across the Country
(NaturalNews)
Lyme disease is one of the most controversial illnesses in the history of medicine and is the fastest growing infectious disease in the U.S. It is quickly sweeping the country and is referred to by some as a medical tsunami. Lyme disease now infects more people a year than HIV/AIDS, and diagnosed cases are increasing at a rate of fifty percent a year. The CDC estimates the actual numbers of those infected each year is at least tenfold of what is documented. Lyme is a disease with devastating consequences to those who do not discover and treat it in its earliest stage.

Lyme disease is cloaked in secrecy and is a political and economic disease as much as a bacterial born infection. It is often politicized to the point where truth is brutally distorted, and physicians specializing in treating Lyme patients are persecuted. Although there has been little in the way of broad based public education about Lyme, it is important to understand the disease and learn how to protect yourself and the people you love from its life-altering consequences.

What is Lyme disease?Lyme disease was discovered in the 1970s in a suburb of Old Lyme, Connecticut when a mysterious outbreak of what appeared to be arthritis affected several neighborhood children. Since then, reports of the disease have increased dramatically, with Connecticut, Delaware, Maine, Maryland, Massachusetts, Minnesota, New Hampshire, New York, New Jersey, Pennsylvania, and Wisconsin being the states with the greatest amounts of diagnoses. Lyme is in all 50 states and there have been cases reported in Europe.

Like syphilis, Lyme disease is caused by spirochetes, long slender coiled bacteria. But just because it is a spirochete does not mean it is easy to diagnose and treat, like syphilis. The Lyme spirochete has many more genes that are dedicated to evading detection by tests and by the immune system.

The disease is transmitted by the bite of an infected deer tick, also known as the black-legged tick. Immature deer ticks can be very small, about the size of the head of a pin. Adults are slightly larger, but both have the potential to transmit the disease.

Symptoms of Lyme often mimic symptoms of other diseases

The first symptom of Lyme is usually a ring-like red rash that begins three to thirty-two days following the bite of an infected tick. This rash is circular and grows larger over a few days or weeks. The center of the rash is usually clear and has been described as looking like a bull's eye. Often the rash is accompanied by one or more nonspecific symptoms such as fatigue, chills and fever, headache, swollen lymph nodes, and joint and muscle pain. Sometimes this bull's eye rash never forms. In its absence, doctors must rely on other symptoms combined with an assessment of the likelihood of exposure to an infected tick.

The similarity of Lyme symptoms to symptoms of other diseases makes it difficult to diagnose Lyme in its initial stages. This is where the problems lies. If Lyme is not caught and treated in its initial stage it is not curable and can result in total physical and mental devastation to its victims and emotional devastation to their families. If the disease is not properly diagnosed in its initial stages and treated, fever, severe headache, stiff neck, heart irregularities, paralysis, decreased consciousness, excruciating and constant pain with numbness and weakness in the arms and legs, toe pain, eye pain, brain inflammation that causes loss of the ability to concentrate and remember, and arthritis result.

Lyme affects men, women and children. A person with established Lyme disease experiences the feeling of being in constant torment. Insomnia usually untouchable by medication becomes chronic. Lyme is reported to be as disabling as chronic heart failure and as painful as post operative surgery. People who are not diagnosed until the later stages may end up severely crippled or contorted, and confined to wheelchairs. Children with Lyme are frequently unable to attend school on a regular basis and often require home schooling although some lose their ability to read and study. They no longer see their friends and peers, or if they do, they find them unable to understand the gripping nature of their disease.

There seems to be a veil of secrecy surrounding Lyme disease. Doctors are not taught how to diagnose and treat the disease, and it does not appear frequently in medical literature. When patients begin to complain about the early stage symptoms of Lyme, they are usually told they have flu, depression or asthma. Some are told they have attention deficit disorder or some kind of psychosomatic condition. Others are even told they are malingering and trying to avoid work or school. Sometimes they are told they are crazy, and they end up feeling like they are.

There are still some health care providers who do not believe Lyme is a real disease. Like those with chronic fatigue syndrome, fibromyalgia, and other chronically debilitating diseases, people with Lyme are often told they are just trying to get attention or that it is all in their heads.

Patients can be exposed to a myriad of unnecessary and sometimes extremely painful testing before a proper diagnosis is made. Many of these tests exacerbate their constant physical and emotional pain.

The most common initial testing for Lyme misses 44 out of 100 Lyme patients, little better than what could be achieved with the toss of a coin. The typical Lyme patient has seen at least five different doctors before diagnosis is made. It is a process that makes Lyme patients question and doubt themselves and feel abandoned and alone.

Lyme disease is treated or managed, not cured. Early, localized Lyme is treated with a course of oral antibiotics administered for 3 to 4 weeks. The skin rash usually goes away within several days after starting treatment, but other signs and symptoms may persist for several weeks or longer, and they may pop up again after periods of dormancy. If the disease has been misdiagnosed long enough to allow it to progress beyond the earliest stage, treatment involves a longer course of intravenous antibiotics that may or may not control symptoms.

Lyme disease is not transmitted from person to person. The risk of developing Lyme depends on the exposure to ticks. Children and adults who spend a lot of time outdoors, particularly in or near wooded areas in the northeast part of the country, are more likely to contract Lyme. There is concern that Lyme disease may be passed to the fetus by infected mothers.

Pets can become infected with the disease and may carry infected ticks into areas where humans live. There are tick control products and other protective measures that can be used with pets, although these may involve products containing harmful chemicals.

How to avoid Lyme disease

The best way to avoid Lyme disease is not to get bitten by a tick. Ticks frequently live in shady, moist ground cover. They cling to tall grass, brush, shrubs, and low tree branches. Lawns and gardens may harbor ticks, especially around old stone walls. To avoid Lyme, contact with soil, leaves and vegetation should be avoided as much as possible during May through July, when ticks have not yet reached their full size and are more difficult to detect.

During outdoor activities people should check themselves and their children frequently for ticks, bathing and shampooing when they come inside. Check children from the top of their heads to the bottom of their feet for ticks. Ticks can bite anywhere, but they prefer certain areas of the body, particularly behind the ears, the back of the neck, armpits, groin, and behind the knees. Ticks can fall out of trees onto peoples heads and burrow under their hair.Anyone who finds a tick on himself or his child can use tweezers to grasp it firmly at its head or mouth, next to the skin. Pull firmly and steadily until the tick lets go, then swab the bite site with alcohol.

How Lyme Disease and it's Treatments Work

Lyme disease , A cure to late for many

Why Is Borrelia So Hard To Kill?

Sickness is light,everything is light

Posted by Robert Reckmeyer at 7:03 AM