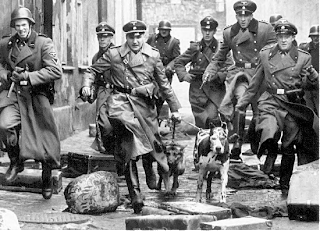 It doesn’t take a bureaucrat long to create an empire. John Pistole, the FBI agent who took over the Transportation Security Administration on July 1 told USA Today 16 days later that protecting trains and subways from terrorist attacks will be as high a priority for him as air travel.

It is difficult to imagine New Yorkers being porno-screened and sexually groped on crowed subway platforms or showing up an hour or two in advance for clearance for a 15 minute subway ride, but once bureaucrats get the bit in their teeth they take absurdity to its logical conclusion. Buses will be next, although it is even more difficult to imagine open air bus stops turned into security zones with screeners and gropers inspecting passengers before they board.

Will taxi passengers be next? In those Muslim lands whose citizens the US government has been slaughtering for years, favorite weapons for retaliating against the Americans are car and truck bombs. How long before Pistole announces that the TSA Gestapo is setting up roadblocks on city streets, highways and interstates to check cars for bombs?

That 15 minute trip to the grocery store then becomes an all day affair.

Indeed, it has already begun. Last September agents from Homeland Security, TSA, and the US Department of Transportation, assisted by the Douglas County Sheriff’s Office, conducted a counter-terrorism operation on busy Interstate 20 just west of Atlanta, Georgia. Designated VIPER (Visible Inter-mobile Prevention and Response), the operation required all trucks to stop to be screened for bombs. Federal agents used dogs, screening devices, and a large drive-through bomb detection machine. Imagine what the delays did to delivery schedules and truckers’ bottom lines.

There are also news reports of federal trucks equipped with backscatter X-ray devices that secretly scan cars and pedestrians.

With such expensive counter-terrorism activities, both in terms of the hard-pressed taxpayers’ money and civil liberties, one would think that bombs were going off all over America. But, of course, they aren’t. There has not been a successful terrorist act since 9/11, and thousands of independent experts doubt the government’s explanation of that event.

Subsequent domestic terrorist events have turned out to be FBI sting operations in which FBI agents organize not-so-bright disaffected members of society and lead them into displaying interest in participating in a terrorist act. Once the FBI agent, pretending to be a terrorist, succeeds in prompting all the right words to be said and captured on his hidden recorder, the “terrorists” are arrested and the “plot” exposed.

The very fact that the FBI has to orchestrate fake terrorism proves the absence of real terrorists.

If Americans were more thoughtful and less gullible, they might wonder why all the emphasis on transportation when there are so many soft targets. Shopping centers, for example. If there were enough terrorists in America to justify the existence of Homeland Security, bombs would be going off round the clock in shopping malls in every state. The effect would be far more terrifying than blowing up an airliner.

Indeed, if terrorists want to attack air travelers, they never need to board an airplane.

All they need to do is to join the throngs of passengers waiting to go through the TSA scanners and set off their bombs. The TSA has conveniently assembled the targets.

Afghanistan and the Obama regime’s slaughters of Pakistanis, Yemenis, and Somalians has been assassinated. None of these Americans who are responsible for lies, deceptions, and invasions that have destroyed the lives of countless numbers of Muslims have any security protection. If Muslims were capable of pulling off 9/11, they are certainly capable of assassinating Rumsfeld, Wolfowitz, Perle, Feith, Libby, Condi Rice, Kristol, Bolton, Goldberg, and scores of others during the same hour of the same day.

I am not advocating that terrorists assassinate anyone. I am just making the point that if the US was as overrun with terrorists as empire-building bureaucrats pretend, we would definitely be experiencing dramatic terrorist acts. The argument is not believable that a government that was incapable of preventing 9/11 is so all-knowing that it can prevent assassination of unprotected neocons and shopping malls from being bombed.

If Al Qaeda was anything like the organization that the US government claims, it would not be focused on trivial targets such as passenger airliners. The organization, if it exists, would be focused on its real enemies. Try to imagine the propaganda value of terrorists wiping out the neoconservatives in one fell swoop, followed by an announcement that every member of the federal government down to the lowest GS, every member of the House and Senate, and every governor was next in line to be bumped off.

This would be real terrorism instead of the make-belief stuff associated with shoe bombs that don’t work, underwear bombs that independent experts say could not work, and bottled water and shampoo bombs that experts say cannot possibly be put together in airliner lavatories.

Think about it. Would a terror organization capable of outwitting all 16 US intelligence agencies, all intelligence agencies of US allies including Israel’s Mossad, the National Security Council, NORAD, air traffic control, the Pentagon, and airport security four times in one hour put its unrivaled prestige at risk with improbable shoe bombs, shampoo bombs, and underwear bombs?

After success in destroying the World Trade Center and blowing up part of the Pentagon, it is an extraordinary comedown to go after a mere airliner. Would a person who gains fame by knocking out the world heavyweight boxing champion make himself a laughing stock by taking lunch money from school boys?

TSA is a far greater threat to Americans than are terrorists. Pistole has given the finger to US senators and representatives, state legislators, and the traveling public who have expressed their views that virtual strip searches and sexual molestation are too high a price to pay for “security.” Indeed, the TSA with its Gestapo attitude and methods, is succeeding in making Americans more terrified of the TSA than they are of terrorists.

Make up your own mind. What terrifies you the most. Terrorists, who in all likelihood you will never encounter in your lifetime, or the TSA that you will encounter every time you fly and soon, according to Pistole, every time you take a train, a subway, or drive in a car or truck?

Before making up your mind, consider this report from Antiwar.com on November 19: “TSA officials say that anyone refusing both the full body scanners and the enhanced pat down procedures will be taken into custody. Once there the detainees will not only be barred from flying, but will be held indefinitely as suspected terrorists . . . One sheriff’s office said they were already preparing to handle a large number of detainees and plan to treat them as terror suspects.”

Who is cowing Americans into submission, terrorists or the TSA Gestapo?
Posted by Robert Reckmeyer at 11:07 AM

We should've opened a full investigation on Bush long ago but now it's too late!

Wouldn't it be weird if maybe it already happened the US Government being taken over by Terrorists which is why TSA happened in the first place?

According to the FBI there was a lot of government red tape in the 90s to get any information thru so maybe key figures were in place disguised as both Democrats and Republicans.


Perhaps in the 90s a silent take over had happened while the Clinton Sex scandal was going on other crap was creeping in when everybody had their backs turned so the sex scandal was telling us to not pay attention to that man behind the curtain.

With key terrorist figures in place they launch a fake attack to have an excuse to launch TSA as pretext to a global police force.

Ever watched the Collosus Forbin Project? That is exactly where the USA and other countries are now or really close to it.

My favorite moment in that film was when the main central computer turned against it's owner demanding to watch him in his own bathroom.


I think without 9/11 this airport security madness would've happened anyways but on a smaller scale and most blogs would not even report on it except a few wacked out ones.