Freedom or A Totalitarian World Empire, You Decide! 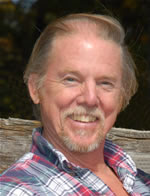 Freedom or A Totalitarian World Empire, You Decide!
We can either face the truth and hold our Government Accountable for their illegal, immoral behavior or we are complicit in their crimes. What we have allowed them to do in he name of freedom and liberty is a crime against hue-man-ity. It is not okay to invade Sovereign Countries because they won't allow Multi-National Corporations to loot their resources. It is not okay to overthrow Democratically Elected Governments because we want a Military Dictator who will do as we say. Healthy Boundaries must be maintained and a respect for the true will of the people.
It is time to uncover the crimes we have allowed and reclaim our Constitutional Republic from a Criminal Element who have had power since they shot Kennedy. We need to come to terms with that crime and hold those people responsible, accountable, for the murder of our young President.
9/11 must be investigated by the people and those responsible must be prosecuted to the full extent of the law.
The Military Industrial Complex must be shut down and the power restored to the people.
The Brotherhood of Man is the only sane path to take.
We must not allow the few to mainipulate the good people of the world with their false message of Hope and Brotherhood when in truth thry are Hell Bent on Total World Domination through Full Spectrum Power and Control. Wake Up America and lead the World, not through lies and dis-information but rather TRUTH.
Peace
RR

Posted by Robert Reckmeyer at 10:00 AM