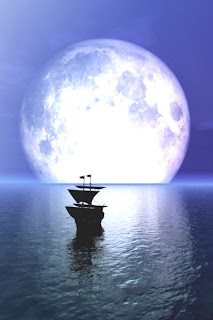 My adventure, to uncover the truth, led me to Joseph Campbell and the Genius of his knowledge and work concerning the Power of Myth.

The Hero's Journey resonates with me and to this day I continue my Quest to share my own adventure/journey so others might be edified.

I think when we cut through the Matrix, all of us are potential Hero's and that each one of us, man, woman or child can make a fundamental difference in the world. I know collectively there is nothing we can't do when we put our heads and our hearts together and choose to change the world for the better.

We can do this, and we will.

From the opening of Chapter 5

The Real Deal, A Transformation of Consciousness:

I had spent two and one half (2 ½) years getting ready for federal prison, when I was under investigation, and now I was set to experience it in a real way. It would be a part of my daily reality for a very long time. Thankfully I was ready for “Star Fighter School” since I had framed my prison experience in spiritual terms and I would be trained to save the planet from sure destruction in a way that was far removed from “One Joint at a time.”

My first initiation into Star Fighter School would be filled with mental, emotional, physical and spiritual exercises that were designed to build me up and train me for the work ahead and build the strength I would need to overcome my new reality. I had been taught, as a youngster, to be ready for anything and to believe that I was super naturally protected by multi dimensional beings that had power to utilize natural universal laws that most terrestrial human beings were not aware of.

My mother had trained me in the spiritual disciplines and taught me to “reach for the force” and allow God’s source energy to fill me up. I was trained in the “Jedi Knight” school of thought and I always knew deep within my soul that source energy was extremely powerful and able to empower me with an ability to transcend our three dimensional understanding.

Now I would be trained in spiritual disciplines of the fourth and fifth dimension. If I could maintain my focus, on my training, and leave my past behind then I could overcome the pain associated with separation and the loss of my freedom.

The hard work of educating myself and completing Star Fighter School was dependant on my willingness to sacrifice and grow even when I was hurting deeply by the loss of my freedom and liberty.

I framed my thoughts to be a willing participant in a level of spiritual training that was beyond my human understanding and yet I was able to see through the glass partially. I was on a life changing adventure that had the potential to remake me into a true Jedi Knight and a graduate from Star Fighter School.

The Hero's Journey:
Summary of the Steps
by: Joseph Campbell

Here the person is introduced to the audience. S/he doesn't know her/his personal potential or calling.

The call to adventure is the point in a person's life when s/he is first given notice that everything is going to change, whether they know it or not.

Often when the call is given, the future hero refuses to heed it. This may be from a sense of duty or obligation, fear, insecurity, a sense of inadequacy, or any of a range of reasons that work to hold the person in his or her current circumstances.

Once the hero has committed to the quest, consciously or unconsciously, his or her guide and magical helper appears, or becomes known.

This is the point where the person actually crosses into the field of adventure, leaving the known limits of his or her world and venturing into an unknown and dangerous realm where the rules and limits are not known.

The road of trials is a series of tests, tasks, or ordeals that the person must undergo to begin the transformation. Often the person fails one or more of these tests, which often occur in 3s.

This is sometimes described as the person's lowest point or darkest moment. The separation has been made between the old world and old self and the potential for a new world/self. By entering this stage, the person shows her/his willingness to make a change, to die and become a new person.

The person revisits the teachings of an old mentor or meets and learns from a new mentor and subsequently returns to the path s/he started on.

The trick in returning is to retain the wisdom gained on the quest, to integrate that wisdom into a human life, and then maybe figure out how to share the wisdom with the rest of the world. This is usually extremely difficult. Just as the hero may need guides and assistants to set out on the quest, often times he or she must have powerful guides and rescuers to bring them back to everyday life, especially if the person has been wounded or weakened by the experience.

Seizing the Sword (or Prize)

Here the hero confronts and defeats old enemies with the new power and knowledge gained. S/he is able to overthrow or defeat the opponent.

The old self dies physically or spiritually and moves beyond the normal human state. This is a god-like state where the hero acknowledges her/his new stature. Another way of looking at this step is that it is a period of rest, peace and fulfillment before the hero begins the return.

The return with elixir is the achievement of the goal of the quest. It is what the person went on the journey to get. All the previous steps serve to prepare and purify the person for this step, since in many myths the elixir is like a plant, or a magic potion or medicine, that supplies immortality. For a human hero, it means achieving a balance between material and spiritual world. There is freedom to live and freedom from the fear of death. This is sometimes referred to as "living in the moment".

The Hero with a Thousand Faces

Posted by Robert Reckmeyer at 4:32 PM