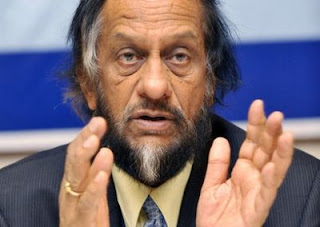 Paul Joseph Watson
Prison Planet.com
Tuesday, December 1, 2009
Shocking newly uncovered UN strategy documents reveal how elitists are recruiting members of academia from all over the globe in an effort to hide the “end-run” around national sovereignty that their agenda represents, emphasizing how the climategate crooks who were recently caught manipulating scientific data in order to “hide the decline” in global warming are working with the United Nations in the pursuit of a world government justified by the global warming fraud that they are helping to perpetrate.
One of the planning papers, entitled “The UNEP That We Want,” was produced by a specially selected group of influential environmental bureaucrats and delivered to the UNEP Executive Director Achim Steiner.
The United Nations Environment Programme (UNEP) is the regulatory body that established the Intergovernmental Panel on Climate Change (IPCC), the politicized organization that has attempted to slam the lid shut on global warming skepticism by claiming it is the supreme authority, despite the fact that scientists used by the IPCC were caught manipulating data and conspiring to hide evidence of global cooling during the climategate scandal.
The IPCC has attempted to deny the gravitas of climategate by claiming that it has no bearing on their conclusions about global warming, despite the fact that scientists at the University of East Anglia used intimidation and academic witch hunts to ensure that data they didn’t agree with politically was blocked from appearing in the IPCC’s fourth assessment report, which was published in 2007.
Participants who contributed to the first UNEP document included Janos Pasztor, currently head of the team pushing U.N. Secretary General Ban Ki-moon’s unprecedented Seal the Deal lobbying campaign to pressure U.N. member governments into signing a new environmental agreement at Copenhagen, Dominic Waughray, currently head of environmental initiatives at the World Economic Forum; and Maria Ivanova, and Bulgarian academic Maria Ivanova, director of the Global Economic Governance Project at the Yale Center for Environmental Law and Policy.
The first document is very similar to a second UNEP paper entitled, “Proposed Medium Term Strategy 2010-2013.”

The documents outline a program of implementing a global system of governance based around environmental regulations and laws, stressing the agenda for the “evolutionary nature of strengthening international environmental governance.”
The aim of elevating UNEP’s influence to a position where it dictates rules to nation states, rather than nation states being the supervisors of UNEP as is currently the case, is advocated.
The documents discuss recruiting academia to further the power of UNEP, noteworthy in light of the recent climategate scandal where scientists at major universities were caught hiding evidence of global cooling.
“As the Swiss paper puts it, UNEP “should pioneer a new style of work. This requires going beyond a narrow interpretation of UNEP’s stakeholders as comprising its member states — or even the world’s governments — and recruiting a far wider community of support, in civil society, the academic world and the private sector.” At the same time the paper warns that these groups need to be “harnessed to the UNEP mission without appearing to make an end-run around the member governments,” summarizes Fox News’ George Russell.
This passage is fairly damning, as the UN is all but admitting that the program does represent an “end-run around member governments,” and that they have to do their best to hide the fact. That academics should be “harnessed to the UNEP mission” and not harnessed to producing unbiased scientific data about global warming also reveals how the climate change issue has been hijacked to serve the requirements of a global elite hell-bent on world government.
The first document also calls for an “Environmental Bretton Woods for the 21st Century,” where the environmental agenda is inextricably linked with the economy and the UN’s role is to have command over the economies of national governments.
The goals included in the four-year strategy paper include “efforts at local, national and global levels” to raise “sufficient finance to meet environmental challenges, including climate change,” which translates as using the problem of global warming to raise money for the operation of the global government structure which is being called for in the planning papers.
The goals enshrined in the documents, a counterpart to the globally binding agreement the UN is seeking to achieve in Copenhagen next month, are “certain to remain a UNEP rallying cry long after the Copenhagen meeting is over — and while the other brainstorming ideas that went into the new four-year strategy, not to mention the strategy itself, go into effect,” writes Russell.
This document represents yet another smoking gun proving that the climate cult movement is all about expanding the power of a dictatorial, unelected global government, diluting powers of nation states, seizing control of the global economy, eviscerating the middle class with a raft of new regulations and laws, and shutting down industry with impossible CO2 reduction mandates, while erecting environmentalism, which is really a thin veil for global fascism, as the new universal religion.
This has nothing to do with saving the earth and, as the climategate scandal has illustrated, nothing to do with the real science – but everything to do with a relatively small clique of globalists running roughshod over humanity itself in pursuit of their malthusian control freak agenda.
Posted by Robert Reckmeyer at 1:12 PM