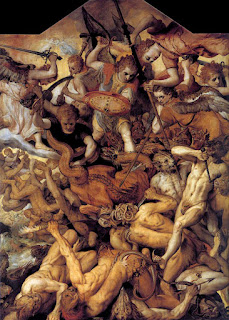 What we need is a Revolution, in Thought and Action, embracing Love, Peace and Personal Sovereignty and Rejecting a System of War, Bondage and Killing in the name of Democracy.

Shame on all of us, for being cowards, and not standing up to the War Profiteers who profit on the peoples pain, it’s not okay. Shame on all of us for allowing this slaughter to continue unabated for all of these years. Shame on us for not having the will and fortitude to do the right thing and take back hue-man-ity from an Organized Criminal Cabal that is hell bent on World Domination, Shame on all of us....... our brothers and sisters deserve better.

The Elite few, who maintain their Power and Control, through Propaganda, weapons of war, economic interest(s), illegal drug deals and a false construct, need to be stopped and neutralized.

The criminalization of war must be accomplished and the War profiteers prosecuted for war crimes and crimes against hue-man-ity. They must be charged as Traitors to the hue-man family, tried, convicted and put in jail, forever.
All of us must find the will to stand up now and take Action. We must hold our Elected Officials Accountable for their Crimes and move to retake our system from those who have sold us into slavery. They have failed to uphold their Oath of Office, to protect this Nation and the Constitution of the United States from threats both foreign and domestic. Instead they have supported a Globalist Agenda that subverts our Nations Sovereignty and the will of the people.

We are a nation at war; continually..........it is the Perpetual War Doctrine.


We project our Military Power around the World as Conquest, this, my friends, is the Nazi Philosophy reigning supreme. Will nothing check their misplaced power? I suggest we must find the will to stop them.

War is Genocide, mass murder on a grand scale. Nothing can justify our Nation killing millions of innocent men, women and children, period. It is madness and we the good people of the world must stand up now and retake the control of our country so we put a stop to this blood sacrifice. To fail makes us complicit in the crime.

Follow the money...........the Elite families of the world, the political hacks they employ, the Corporations they operate through and the minions that work every day, blindly helping them perpetrate this fraud on hue-man-ity.

I hold each and every citizen, who helps keep this system going, responsible for their part. They can no longer turn a blind eye and say it is their job. They have a mortgage to pay, kids in school, their retirement and they are not doing anything wrong. Compartmentalization is no longer an excuse and those common everyday people must give an account if they are helping support this Aggressive Perpetual War Agenda around the world. If every body said no, then where would the Elite be? They would be neutralized.

I say it is time to stand up and say no. Say no to killing, say no to empire building, say no to hurting other people, say no to doing the wrong thing, say no to being a bully and say no to spending your time on earth following a negative fear based agenda that only keeps some very dark people in power.
It is time to wake up......the alarm is ringing loudly, the snooze button is not an option and the individual and collective response is well overdue. Revolution in thought and action is the only sane response to our collective peril.

If the "Good People" of the world don't take Action then what will stop the "Bad People" from maintaining their grip on power and move to lock all of us down, for the rest of our natural lives.

Look what we are allowing to happen. Look at all these innocent hue-man-beings. Cluster Bombs, Depleted Uranium, Agent Orange, Phosphorus Incendiary Bombs, Dead Babies, Crying Children, Homeless Families................for what? And don't tell me you did not know. That is False and in Truth we have been Silent.............

We really don't have much time to take action.

May God forgive us if we fail to act.

Posted by Robert Reckmeyer at 4:48 PM