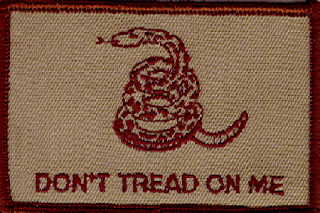 Tenth Amendment Center
November 30, 2009
This summer, legislators from several states met to discuss the steps needed to restore our Constitutional Republic. The federal government has ignored the many state sovereignty resolutions from 2009 notifying it to cease and desist its current and continued overreach. The group decided it was time to actively counter the tyranny emanating from Washington D.C.
From those discussions it became clear three things needed to happen.
• State Legislatures need to pass 10 key pieces of legislation “with teeth” to put the federal government back in its place.
• The people must pass the legislation through the Initiative process if any piece of the legislative agenda fails.
• County Sheriffs must reaffirm and uphold their oaths to protect and defend the Constitution of the United States.
With the advent of the Tea Party Movement, many people have been asking how exactly we can make the above reality. What follows is Part I of the outline of that plan regarding state legislation, the action steps any concerned citizen can take to see this legislation to fruition, and the brief history and justifications behind each.
Step 1: Reclaim State Sovereignty through Key Nullification Legislation
Our Constitutional Republic is founded on a system of checks and balances known as the “separation of powers.” Rarely, however, are the states considered part of this essential principle.
Enter the “doctrine of nullification.”
Nullification is based on the simple principle that the federal government cannot be the final arbiter of the extent and boundaries of its own power. This includes all branches of the federal government. In the law this is known as a “conflict of interest.”
Additionally, since the states created the federal government the federal government was an agent of the states; not the other way around. Thus, Thomas Jefferson believed that, by extension, the states had a natural right to nullify (render as of no effect) any laws they believed were unconstitutional.
In the Kentucky Resolutions of 1798 he wrote,
“co-States, recurring to their natural right…will concur in declaring these acts void, and of no force, and will each take measures of its own for providing that neither these acts, nor any others of the General Government not plainly and intentionally authorized by the Constitution, shalt be exercised within their respective territories.”

[1]
Alexander Hamilton echoed this sentiment in Federalist #85 “We may safely rely on the disposition of the state legislatures to erect barriers against the encroachments of the national authority.”

[2]
It is clear then that State Legislatures can stop the unconstitutional overreach of the Obama administration through nullification. Here is a list of proposed nullification legislation to introduce in all 50 States.

If imposed, socialized health care and cap and trade will crush our economy. These programs are both unconstitutional, creating government powers beyond those enumerated by the Constitution. If those programs are nullified, it will give the individual states a fighting chance to detach from a federal budget in freefall and save the economies of the individual states.
Next, blanket nullification.
The Federal Government, particularly the House of Representatives, needs to abide by its own rules. In particular, House Rule XIII 3(d) specifically states that:

“Each report of a committee on a public bill or public joint resolution shall contain the following: (1) A statement citing the specific powers granted to Congress in the Constitution to enact the law proposed by the bill or resolution.”

[3]
Needless to say, this rule is generally ignored. The idea behind blanket nullification is that if the Congress does not specify the enumerated power it is using according to its own rules, or the power specified is not one of the enumerated powers granted to Congress in the United States Constitution, then the “law” is automatically null and void.

Step 2: Erect an impenetrable wall around the County Sheriff and the 2nd Amendment.
As recently stated in the famous Heller opinion by the United States Supreme Court, the right to bear arms “is an individual right protecting against both public and private violence” and “when the able-bodied men of a nation are trained in arms and organized they are better able to resist tyranny.”

[4]
Thus, it is clear that the 2nd Amendment not only protects the right to self-defense but that right extends to defending oneself against tyranny. As with any historical attempt to establish a dictatorship weapons must be seized or severely regulated.

[5]
Here is a list of legislation to prevent this from happening, some of which has already been introduced in states around the country:

The county Sheriff is the senior law enforcement officer both in terms of rank and legal authority in a county. This comes from a tradition of over 1000 years of Anglo-Saxon common law. Anglo-Saxon communities were typically organized into “shires” consisting of approximately 1000 people.

[6]
The chief law enforcement officer of the shire was the “reeve” or “reef.” Hence, the modern combination of the two words, as we know them today, “shire reef” or “Sheriff.”

[8]
Justice Scalia quotes James Madison who wrote in Federalist 39:
“In the latter, the local or municipal authorities form distinct and independent portions of the supremacy, no more subject, within their respective spheres, to the general authority, than the general authority is subject to them, within its own sphere.”
[9]
Sheriff 1st legislation would formally declare that all federal agents and officers must give notice of, and seek permission before, any arrest, search, or seizure occurs. Thus, federal agents and officers seeking to enforce unconstitutional laws must go through the county Sheriff first.
Extending the castle doctrine to one’s person would go a long way toward eliminating the arbitrary “no carry” areas. Like Virginia Tech, it is these areas where guns for self-defense are most needed.
Many gun and ammunition tracking schemes have been, and are still being, attempted. The intended purpose of “reducing gun related” crime is never realized. Instead, law-abiding citizens are punished with regulatory burdens and fees. Quite simply we need transparency in government not in the people.
Montana started the firearms freedom act to rein in the federal government’s use of the Commerce Clause to regulate everything within the stream of commerce. The original intent of the Commerce Clause was to regulate commerce between states not within states as Professor Rob Natelson points out in his 2007 Montana Law Review article

[10]
The Montana FFA simply returns to that original understanding regarding firearms made, sold, and kept within a state’s borders.
This list is by no means exhaustive. However, it does contain some immediate steps that can be taken toward freedom and restoring our God honoring Constitutional Republic. Hitler’s laws of January 30 and February 14, 1934, should serve as a stark reminder of what happens when state sovereignty is abolished.
In the coming few weeks I will publish the next part of the plan.
Matthew Shea [send him email] is a State Representative in Washington’s 4th District. He’s the author of HJM4009 for State Sovereignty. Visit his website.
Copyright © 2009 by TenthAmendmentCenter.com. Permission to reprint in whole or in part is gladly granted, provided full credit is given.

Posted by Robert Reckmeyer at 8:40 AM