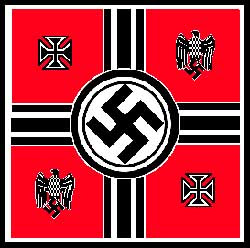 Supreme Court Ruling Means Torture May Return
The Supreme Court has just ruled that four Guantanamo prisoners cannot sue the government for torture. The Center for Constitutional Rights notes:
It is an awful day for the rule of law and common decency when the Supreme Court lets stand such an inhuman decision. The final word on whether these men had a right not to be tortured or a right to practice their religion free from abuse is that they did not. Future prospective torturers can now draw comfort from this decision. The lower court found that torture is all in a days’ work for the Secretary of Defense and senior generals. That violates the President’s stated policy, our treaty obligations and universal legal norms. Yet the Obama administration, in its rush to protect executive power, lost its moral compass and persuaded the Supreme Court to avoid a central moral challenge. Today our standing in the world has suffered a further great loss.

As Raw Story notes, this means that torture could return.
In fact, torture is a violation of both international and American law. Specifically, the Geneva Convention makes it illegal to inflict mental or physical torture or inhuman treatment.
Torture Is Still - In Fact - Illegal
As I pointed out in 2005:
The War Crimes Act of 1996, a federal statute set forth at 18 U.S.C. § 2441, makes it a federal crime for any U.S. national, whether military or civilian, to violate the Geneva Convention by engaging in murder, torture, or inhuman treatment.The statute applies not only to those who carry out the acts, but also to those who ORDER IT, know about it, or fail to take steps to stop it.

The statute applies to everyone, no matter how high and mighty.

***Indeed, even the lawyers and other people who aided in the effort may be war criminals; see also this article , this one, and this press release.

The Military Commissions Act of 2006 limited the applicability of the War Crimes Act, but still made the following unlawful: torture, cruel or inhumane treatment, murder, mutilation or maiming, intentionally causing serious bodily harm, rape, sexual assault or abuse.Is Torture a Necessary Evil?Let's not let a little bit of law get in the way. Many would say that torture is a necessary evil to defend our national security.

But as I have previously demonstrated:
Torture doesn't work in providing information which will keep us safe
Torture actually reduces our national security
Most of those tortured were innocent
Torture has also been used throughout history as a form of intimidation, to terrorize people into obedience, not for gathering information
Moreover, the type of torture used by the U.S. in the last 10 years is of a special type. Senator Levin revealed that the U.S. used torture techniques aimed at extracting false confessions.
McClatchy fills in some of the details:
Former senior U.S. intelligence official familiar with the interrogation issue said that Cheney and former Defense Secretary Donald H. Rumsfeld demanded that the interrogators find evidence of al Qaida-Iraq collaboration...For most of 2002 and into 2003, Cheney and Rumsfeld, especially, were also demanding proof of the links between al Qaida and Iraq that (former Iraqi exile leader Ahmed) Chalabi and others had told them were there."
It was during this period that CIA interrogators waterboarded two alleged top al Qaida detainees repeatedly — Abu Zubaydah at least 83 times in August 2002 and Khalid Sheik Muhammed 183 times in March 2003 — according to a newly released Justice Department document...
When people kept coming up empty, they were told by Cheney's and Rumsfeld's people to push harder," he continued."Cheney's and Rumsfeld's people were told repeatedly, by CIA . . . and by others, that there wasn't any reliable intelligence that pointed to operational ties between bin Laden and Saddam . . .
A former U.S. Army psychiatrist, Maj. Charles Burney, told Army investigators in 2006 that interrogators at the Guantanamo Bay, Cuba, detention facility were under "pressure" to produce evidence of ties between al Qaida and Iraq.
"While we were there a large part of the time we were focused on trying to establish a link between al Qaida and Iraq and we were not successful in establishing a link between al Qaida and Iraq," Burney told staff of the Army Inspector General. "The more frustrated people got in not being able to establish that link . . . there was more and more pressure to resort to measures that might produce more immediate results."
"I think it's obvious that the administration was scrambling then to try to find a connection, a link (between al Qaida and Iraq)," [Senator] Levin said in a conference call with reporters. "They made out links where they didn't exist."
Levin recalled Cheney's assertions that a senior Iraqi intelligence officer had met Mohammad Atta, the leader of the 9/11 hijackers, in the Czech Republic capital of Prague just months before the attacks on the World Trade Center and the Pentagon.
The FBI and CIA found that no such meeting occurred.
In other words, top Bush administration officials not only knowingly lied about a non-existent connection between Al Qaida and Iraq, but they pushed and insisted that interrogators use special torture methods aimed at extracting false confessions to attempt to create such a false linkage. See also this and this.
Paul Krugman summarized eloquently summarized the truth about the type of torture used:
Let’s say this slowly: the Bush administration wanted to use 9/11 as a pretext to invade Iraq, even though Iraq had nothing to do with 9/11. So it tortured people to make them confess to the nonexistent link.There’s a word for this: it’s evil.

The reason is; the American people are cowards who have failed to hold our Political, Military and Corporate leaders accountable for their illegal acts.

It is time to organize a War Crimes Tribunal to bring these criminals to justice.