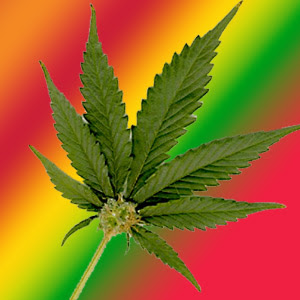 Dprogram
Posted by sakerfa on December 2, 2009
Once upon a time in America a citizen had complete freedom (along with the personal responsibility) to discover and use anything they believed might help them with a medical problem. One such discovery was the medicinal use of cannabis. By the late 19th century its use had been widely accepted for both human and animal applications. Cannabis was virtually cost-free to grow (it is classified a weed), highly effective, low side-effect and low, nearly zero addictive properties. Cannabis was sold legally and in harmony with its more powerful shelf mates like heroin, morphine and cocaine. For religious reason Utah in 1914 became the first of many states to prohibit its sale. In the 21st century its re-introduction as a medicine is being blocked, not by religion but rather by possibly the most powerful, well-financed lobby in Washington, Big Pharma.
Why does Big Pharma spend millions to block cannabis? Simple, the money. According to industry figures, the world spends roughly 640 billion on pills. If cannabis were legally obtainable, Big Pharma would lose somewhere between 1-5% of the store-bought pill market; some 6.4 to 30 billion dollars. The Industry knows that to make a campaign contribution (aka a bribe — put money in the freezer) to a politician is much more cost-effective than to face God’s medicine on the shelf at the local pharmacy. The Industry also contributes massively to groups like Partnership for a Drug-Free America. PDFA’s title is deceptive. They take money from Big Pharma to make you very afraid of cannabis (it is xx stronger than 30 years ago, yikes!!) so use Tylenol instead (which actually kills people every year — the Washington Post just printed several, full-page ads warning consumers that too much Tylenol can lead to injury and death).

Cannabis of course has never caused a death and its medicinal use has yet to cause a recorded injury. PDFA’s purpose is to force you to use the pills of Big Pharma, NOT actually drug-free.
While many across North America know the varied problems which cannabis can provide relief from, scientific research is blocked by the DEA which by law cannot provide any cannabis for a researcher who wants to see if cannabis is medically useful. In this manner Big Pharma can direct its mouthpieces to say there is no USA research to show the efficacy of cannabis (recall then Vice President Gore in the 2000 debate saying he could not support medical cannabis because of the lack of research). Nine months into the Obama administration the DEA is still not allowing medical doctors the cannabis they need to do research and double blind studies.
The four million horse owners and the million or so who raise cattle in this country might be more interested in this topic, if they knew how widely cannabis used to be applied to animals. My first rodeo as a lobbyist was in the winter of 2003 in Austin, Texas. I had the original 1919 bill which prohibited cannabis use pull and copied. The bill contained an exception for both human and animal needs. A veterinarian had to fill out a form which described the equine or bovine, the medical problem and the course of the treatment employing cannabis. As all horse owners know, an equine stomach can tolerate only small amounts of painkiller for a relatively short time (6-8 weeks of Bute). Cannabis on the other hand whether applied externally as a poultice (like on an ankle) or taken internally could be taken in massive amounts for long periods without adverse problems.
In 2007 the Swiss government called upon its farmers to stop giving cannabis to milk-producing cows. The reason was image, not safety. The Swiss farmers had learned that cows were happier and mellower when fed cannabis & thus produced more milk. As studies show about 70% of the humans use cannabis as pain medicine, others with depression, bi-polar, PTSD and other mental conditions use it effectively to treat their situation. No doubt high strung horses would probably benefit from cannabis but studies can not be done, yet. On a personal note my wife has spent over 800 dollars for doggie Prozac between the exams, blood workups and the expensive meds. Probably cannabis would have chilled out her little poodle for much, much less.
The pharmaceutical industry will continue its stranglehold on consumers as long as we allow it. When police officers resist laws allowing medical marijuana, we know they are protecting jobs and good overtime checks. When doctors testify against it, we know that some people will say anything for enough money. Big Pharma will fight this effective alternative to store-bought pills until the bitter end. It is all about money. Grow your own meds in your back yard like President Jefferson did? Forget about it!!